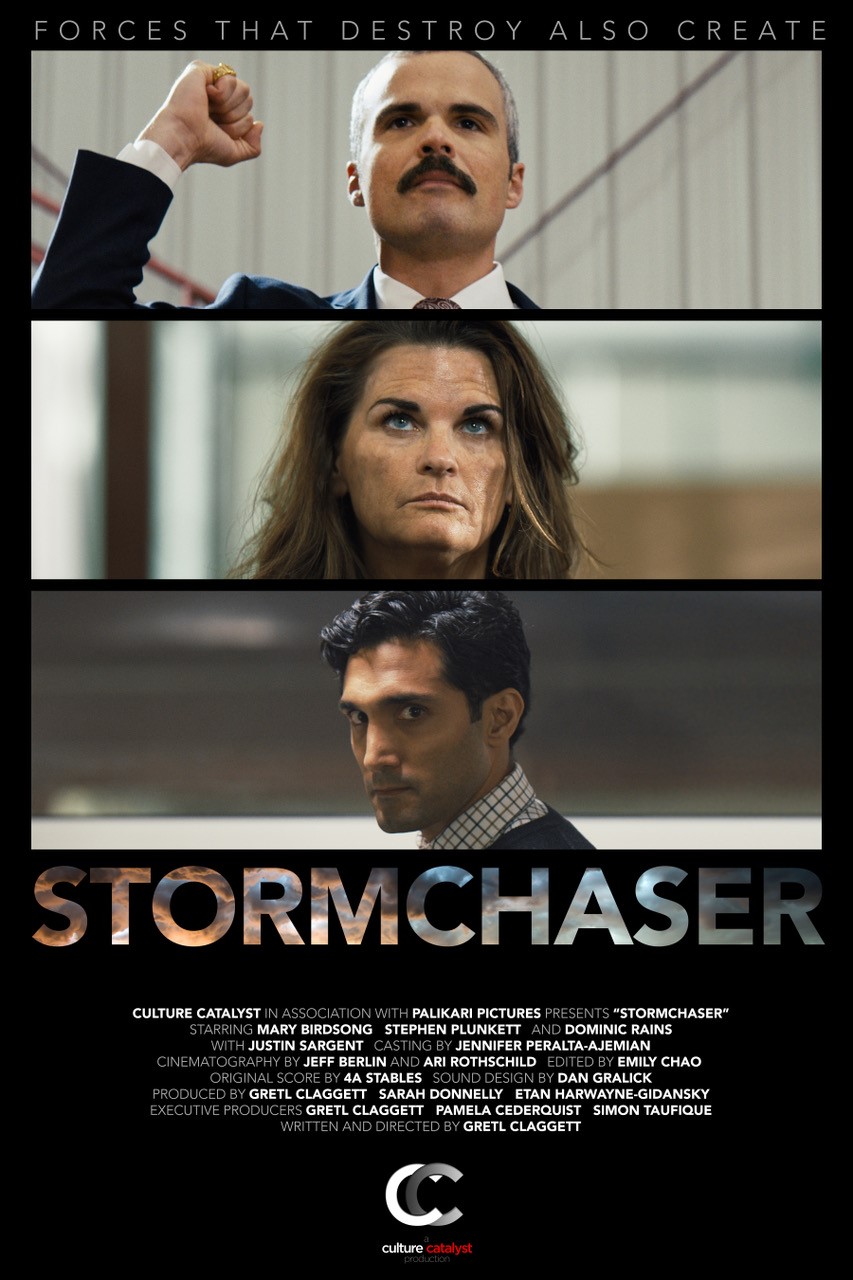 All Bonnie Blue ever wanted was to chase tornadoes with her Dad. But dreams die with time. Now, she’s become a different kind of storm chaser — hawking storm-doors “door-to-door” for her charismatic boss, Flip Smyth: a cult-like father figure to Bonnie and his tribe of young sales bucks. In the guise of “tough love,” Flip relishes publicly shaming Bonnie and his token minority assistant, Don Stuckey, her sole ally.

After hours, Bonnie and Don find comfort in each other’s arms, inspiring Bonnie to rekindle her childhood dream and close her first deal. But when Flip pulls a bait-and-switch to avoid paying her commission, she finally challenges him, sending him into a rage as fierce as the funnel cloud that hovers on the horizon. As she realizes Flip’s doctrine of “Flip the Switch!” is just a way to exploit customers, a different kind of switch flips inside Bonnie — unleashing an inner and outer storm of violence.