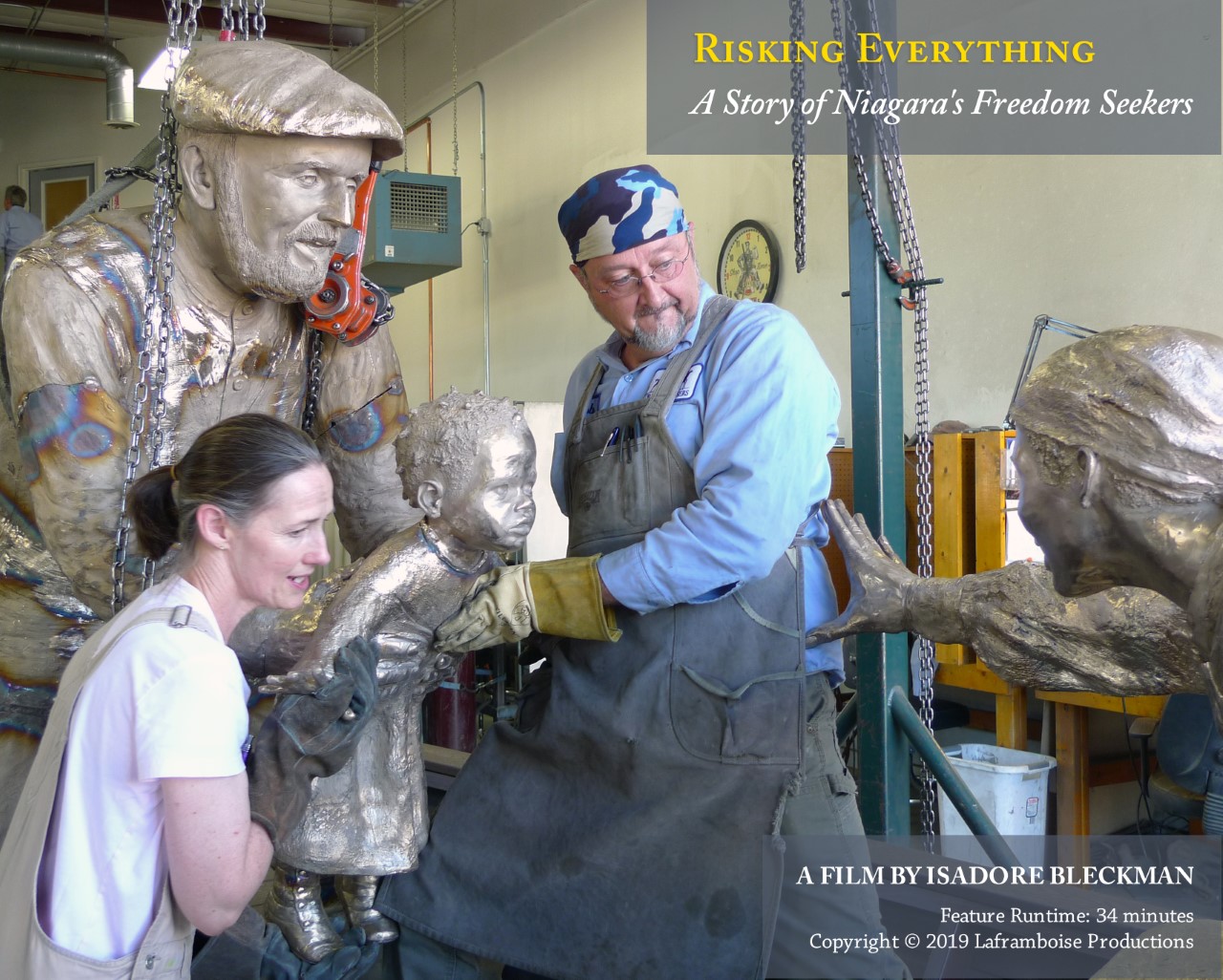 Filmed, directed and produced by Emmy award winning and 5 time Emmy nominee CBS cameraman Isadore Bleckman, Risking Everything tells stories from ancestors of fugitive slaves who crossed the Niagara River seeking freedom in Canada in the early to mid-1800s and the ancestors of the Underground Railroad conductors that helped them escape.